Get Your Farmers’ Market Fix Fulfilled All Year Long! 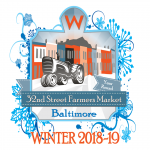 Have you been craving a good ol’ Farmers’ Market throughout these cold winter months? Well, fulfill that craving then! Baltimore’s 32nd Street Farmers Market (E 32nd Street and Barclay Street Baltimore) is the only year-round Farmers’ Market in the city! EVERY Saturday from 7 a.m. – 12 p.m. you can stop by and purchase those much-needed baked goods, produce, fruit, prepared foods, and flowers to patrons from all economic, social, and ethnic backgrounds. While the items may change throughout the seasons one thing will stay constant, helping local vendors stay in business! For more information... Read More 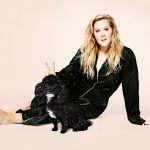 Laughter will ensue at the Hippodrome this Saturday night! Check out comedian Amy Schumer at the Hippodrome Theatre at the France-Merrick Performing Arts Center (12 North Eutaw Street Baltimore) this Saturday Feb 2. Doors will open at 6:30 p.m. and the show will being promptly at 8 p.m. Catch the Emmy-Award winning comedian in Amy Schumer’s Fall Tour, featuring all new material. Amy Schumer is a standup comedian, actress, writer, producer and director. Schumer is the creator, star, writer and executive producer of the award winning “Inside Amy Schumer,” the popular Comedy Central... Read More 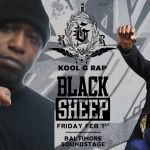 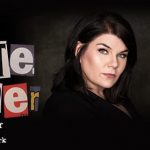 Calling all Murderinos! Your time has arrived! My Favorite Murder Live comes to The Modell Lyric (140 W Mt. Royal Ave Baltimore) this Friday Feb 1 at 8 p.m. My Favorite Murder is the hit true crime comedy podcast hosted by Karen Kilgariff and Georgia Hardstark. Since its inception in early 2016, the show has broken download records and galvanized a devoted “Murderino” fan base. Their live tours are known throughout the world, selling out large theaters across the US, Canada, Australia, and Europe. A top 10 regular on iTunes’ comedy podcast chart, My Favorite Murder has been featured in Entertainment... Read More 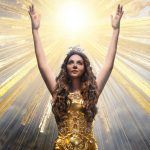 Hey Baltimore, are you ready for an experience like none other? The world’s most successful and best-selling soprano, Sarah Brightman, brings her HYMN: Sarah Brightman In Concert Tour to Hippodrome Theatre at France-Merrick Performing Arts Center (12 North Eutaw Street Baltimore) this Wednesday Jan 30 at 7 p.m. Special guests include Vincent Niclo and Narcis Ianau. To enhance her world of enchantment, Sarah Brightman has partnered with Swarovski on her world tour. Her elaborate costumes and dazzling tiaras will be composed of Swarovski crystals. Fans will also have the opportunity to take home... Read More 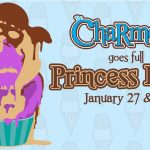 Incredible, incomparable, INCONCEIVABLE… The Princess Bride is coming to The Charmery’s Ice Cream Factory! The Charmery (1700 W 41st Street Suite 400 Baltimore) goes full Princess Bride this Sunday Jan 27 at 11 a.m. and 2:30 p.m. and Monday Jan 28 at 6:30 p.m. In the second of their full sensory movie showings, The Charmer will be joining Westley, Fezzik, and (hello…my name is,) Inigo Montoya in their quest for truuuuuue loveeee. This fully unique movie experience includes a self-serve popcorn bar, special themed punch, treats that correlate to scenes in the movie, and other sensory... Read More 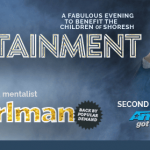 Get ready to have your minds blown, Baltimore. Enjoy a Night of Entertainment with world renowned mentalist Oz Pearlman at The Modell Lyric (140 W Mt. Royal Ave. Baltimore) this Sunday Jan 27 at 7 p.m. Oz Pearlman was a 2nd runner up on America’s Got Talent and has since taken the nation by storm. Oz combines breathtaking magic, incredible mind reading, and audience-driven comedy to make every performance unforgettable! His natural charisma will enhance this interactive experience, redefining the term “magic show”… one that truly needs to be seen to be believed. Ticket prices start at just... Read More 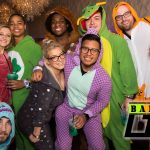 Winter is usually the time where all we want to do is sit inside in our Onesies, stay warm and wait for spring to come. But not anymore! The Official Onesie Bar Crawl returns to Baltimore this Saturday Jan 26 from 2 – 10 p.m. at POWER PLANT LIVE! (34 Market Pl. Baltimore). Get up off that couch and join friends in your Onesie as you mingle through multiple bars enjoying exclusive drink specials and making tons of new friends! Bars include: Mosaic (Kick Off), Luckie’s, Leinenkugle’s Beer Garden, Tin Roof, PBR and Angels Rock Bar.   Early Bird tickets are just $19.99, General Admission... Read More

Summer in Birdland is Here! 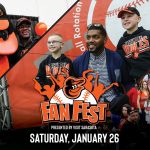 Summer in Birdland begins this Saturday Jan 26 with Orioles FanFest, presented by Visit Sarasota, from 11 a.m. – 6 p.m. at the Baltimore Convention Center (1 W Pratt St. Baltimore). Doors open at 10 a.m. for Birdland Membership holders. Join O’s fans for a day-long baseball celebration with player appearances, Kids’ Press Conferences, Q&A sessions, games, autographs, one-of-a-kind memorabilia, and more! Tickets are $12 for adults, $6 for children 14 and under and $6 for seniors (60+). Autograph Vouchers are $20 each (Proceeds benefit children’s charities through OriolesREACH). For... Read More 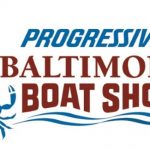