Posts Tagged With ‘ Motown The Musical ’

Be Dancing In The Street At Motown Musical 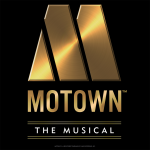 It began as one man’s story… became everyone’s music… and is now Broadway’s musical. Motown the Musical is coming to Baltimore! Motown the Musical will be performing at the Hippodrome Theatre at the France-Merrick Performing Arts Center (12 North Eulaw Street Baltimore) this Friday Apr 13 (8 p.m.), Saturday Apr 14 (2 p.m. and 8 p.m.) and Sunday Apr 15 (1 p.m. and 6:30 p.m.) Featuring more than 40 classic hits such as “My Girl” and “Ain’t No Mountain High Enough,” Motown the Musical tells the story behind the hits as Diana, Smokey, Berry and the whole Motown family fight against... Read More