Houdini: The Mini Series at Jewish Museum of Maryland 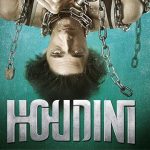 The world’s most famous magician began life as Erik Weisz, the son of a Hungarian rabbi. In 1878 immigration to the U.S. transformed Erik Weisz into Ehrich Weiss. It was the first of many transformations for the man who would become the first international superstar. Inescapable, The Life and Legacy of Harry Houdini, is on exhibit at the Jewish Museum of Maryland (15 Lloyd St. Baltimore) and will continue until Jan 21. Join the Jewish Museum of Maryland this Tuesday Dec 25 from 12:30 – 4 p.m. for Houdini: The Mini-Series. Tickets to this program include Museum admission. Follow the man behind... Read More