Are the Baltimore Ravens ready for a 2000 or 2012 season repeat? Thanks to their win against the Pittsburgh Steelers this past weekend, a February 3 victory is one step closer!

Winning six of its last seven games – all with QB Lamar Jackson as the starter – Baltimore (10-6) captured its first AFC North Division title since 2012 (and fifth ever), earning a playoff berth for the seventh time during head coach John Harbaugh’s 11-year tenure. The Ravens return to the postseason for the first time since 2014 and will host a playoff game at M&T Bank Stadium for first time since 2012, when Baltimore won Super Bowl XLVII. 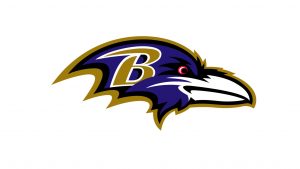 This Sunday Jan 6 at 1:05 p.m., the Baltimore Ravens will take on the LA Chargers in the AFC Wild Card game at M&T Bank Stadium (1101 Russell St. Baltimore).

After going 3-1 to start the 2018 campaign, the Ravens dropped four of five games (including three straight) before heading into their Week 10 bye. With QB Joe Flacco sidelined with a significant hip injury sustained in Week 9, Jackson took over the starting role and kick-started Baltimore’s charge to the postseason. (Jackson was officially named the team’s starter in Week 15.)

Under Harbaugh, the Ravens have now won at least 10 games in six of his 11 seasons, while Baltimore has also posted the NFL’s fourth-most total victories (114, tied, NO) since his 2008 arrival.

Want to witness history in the making this Sunday afternoon? Tickets are still available for the AFC Wild Card game and start at just $98. Purchase your tickets online, today!

Tess Abney
Tess Abney is a freelance writer who was born and raised in the Quad Cities. She spends most of her time attempting to successfully raise three boys. In her free time, writing is her passion. Whether it is sharing local events and businesses with readers or sharing her thoughts on life, she finds comfort in the way words can bring people together.
Tagged: AFC Wild CardBaltimoreChargersEventsFootballLos AngelesM&T Bank StadiumNFLplayoffsRavensSuper BowlThings To Do