American In Paris Coming To Baltimore

An American in Paris is coming to the Hippodrome!

Tony Award-Winning musical, An American in Paris, will be running from May 1-6 at the Hippodrome Theatre at the France-Merrick Performing Arts Center (12 North Eutaw Street Baltimore).

An American in Paris is the new hit musical about an American soldier, a mysterious French girl and an indomitable European city, each yearning for a new beginning in the aftermath of war. Acclaimed director-choreographer and 2015 Tony Award-winner Christopher Wheldon brings the magic and romance of Paris into perfect harmony with Tony Award-winning orchestrations of unforgettable works from George and Ira Gershwin in the four-time Tony Award-winning production that earned more awards than any other musical in the 2014-2015 season!

Here are the showtimes for this amazing musical: 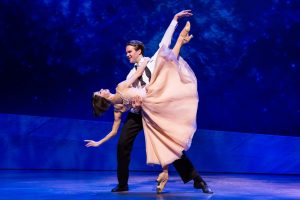 Ticket prices vary and can be purchased online at https://www.ticketmaster.com/venueartist/172363/2212133?brand=Hippodrome&CAMEFROM=BAABAL_AAP_TM.

Don’t miss this stunning Broadway hit when it arrives in Baltimore on its first national tour!

Tess Abney
Tess Abney is a freelance writer who was born and raised in the Quad Cities. She spends most of her time attempting to successfully raise three boys. In her free time, writing is her passion. Whether it is sharing local events and businesses with readers or sharing her thoughts on life, she finds comfort in the way words can bring people together.
Tagged: An American in ParisBaltimoreHippodrome