You’ll Be Reelin’ in the Years at The Modell Lyric

Legendary Steely Dan is on tour and making a stop in Baltimore! 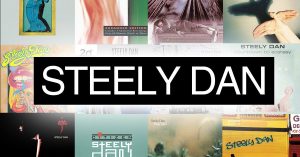 Steely Dan has been led by Donald Fagen and Walter Becker since 1972, until Becker’s passing in September 2017. The band has sold more than 40 million albums worldwide, and helped define the soundtrack of the ’70s with hits such as “Reelin’ in the Years,” “Rikki Don’t Lose That Number,” “F.M.,” “Peg,” “Hey Nineteen,” “Deacon Blues,” and “Babylon Sisters,” from their seven platinum albums issued between 1972 and 1980 — including 1977’s groundbreaking Aja. Steely Dan reunited in the early ’90s, launching a string of sold-out tours (that continue through today). In 2000 they released the multi-Grammy winning (including “Album of the Year”) Two Against Nature and released the acclaimed follow-up Everything Must Go in 2003. Steely Dan was inducted into the Rock and Roll Hall of Fame in 2001.

Ticket prices vary and can be purchased online at https://www.ticketmaster.com/steely-dan-the-modell-lyric-baltimore-md/venueartist/172089/736195.

Tess Abney
Tess Abney is a freelance writer who was born and raised in the Quad Cities. She spends most of her time attempting to successfully raise three boys. In her free time, writing is her passion. Whether it is sharing local events and businesses with readers or sharing her thoughts on life, she finds comfort in the way words can bring people together.
Tagged: BaltimoreDonald FagenEventsLive MusicSteely DanThe Modell LyricThings To Do