Home » Articles » Music » You Will Lose Sleep if You Miss This Concert!

You Will Lose Sleep if You Miss This Concert!

Some of country music’s hottest performers are heading to Baltimore! 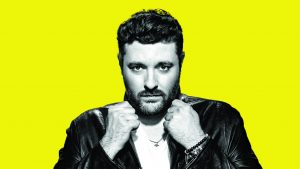 Chris Young is a country music singer and songwriter. In 2006, he was declared the winner of the television program Nashville Star, a singing competition which aired on the USA Network.

After winning, he was signed to RCA Records Nashville, releasing his self-titled debut album that same year. It produced two singles on Hot Country Songs with “Drinkin’ Me Lonely” and “You’re Gonna Love Me”. His second album, The Man I Want to Be, was released September 1, 2009. It included the singles “Voices”, “Gettin’ You Home (The Black Dress Song)”, and the title track, all of which went to number 1. Young’s third album, Neon, produced two more number ones in “Tomorrow” and “You” in 2011 as well as the top 20 hit “I Can Take It from There” in 2012. The follow-up, 2013’s A.M., produced three new singles with the top 5 hits “Aw Naw”, “Who I Am with You”, and “Lonely Eyes”. His fifth album, I’m Comin’ Over, was released on November 13, 2015. In 2017, Young gained one of the crowning achievements in country music: becoming a member of the Grand Ole Opry.

Tess Abney
Tess Abney is a freelance writer who was born and raised in the Quad Cities. She spends most of her time attempting to successfully raise three boys. In her free time, writing is her passion. Whether it is sharing local events and businesses with readers or sharing her thoughts on life, she finds comfort in the way words can bring people together.
Tagged: BaltimoreChris YoungcountryDan + ShayEventsLosing Sleep World TourMorgan EvansRoyal Farms ArenaThings To Do