One of Victor Hugo’s greatest historical novels has come to life right here in Baltimore.

Les Misérables is hitting the stage at the Hippodrome Theatre at the France-Merrick Performing Arts Center (12 North Eutaw Street Baltimore) from Tuesday Oct 9 through Sunday Oct 14. 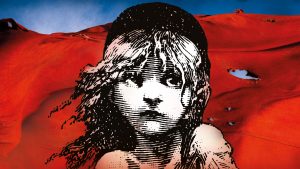 Set against the backdrop of 19th-century France, Les Misérables tells an enthralling story of broken dreams and unrequited love, passion, sacrifice and redemption—a timeless testament to the survival of the human spirit. Featuring the thrilling score and beloved songs “I Dreamed A Dream,” “On My Own,” “Stars,” “Bring Him Home,” “One Day More,” and many more, this epic and uplifting story has become one of the most celebrated musicals in theatrical history.

Seen by more than 70 million people in 44 countries and in 22 languages around the globe, Les Misérables is still the world’s most popular musical, breaking box office records everywhere in its 32nd year.

For a list of showtimes and to purchase your tickets today, visit https://baltimore.broadway.com/shows/les-miserables-baa-so/.

Tess Abney
Tess Abney is a freelance writer who was born and raised in the Quad Cities. She spends most of her time attempting to successfully raise three boys. In her free time, writing is her passion. Whether it is sharing local events and businesses with readers or sharing her thoughts on life, she finds comfort in the way words can bring people together.
Tagged: BaltimoreEventsFrance-Merrick Performing Arts CenterHippodrome TheatreLes MisérablesThings To DoVictor Hugo