As summer comes to an end, why not celebrate with an End of Summer Jam? 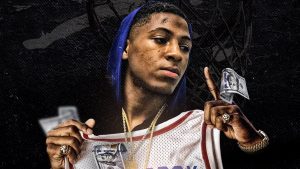 NBA YoungBoy released his first mixtape, Life Before Fame, in 2014. A string of other mixtapes followed including Mind of a Menace, Mind of a Menace 2, and Mind of a Menace 3. Gaulden attracted attention with his October 2016 mixtape, 38 Baby which featured fellow Baton Rouge natives, Lil Snupe, lo Boosie Badazz and Kevin Gates. NBA YoungBoy announced his debut studio album, Until Death Call My Name in January 2018. The album was released on April 27, 2018. Gaulden released the single “Outside Today” on January 6, 2018. The song became Gaulden’s highest charting song, peaking at number 31 on the Billboard Hot 100.

Tickets to this show can be purchased online at https://www.ticketmaster.com/end-of-summer-jam-featuring-mecu-pavilion-formerly-pier-six-baltimore-md/venueartist/172104/2532783.

Tess Abney
Tess Abney is a freelance writer who was born and raised in the Quad Cities. She spends most of her time attempting to successfully raise three boys. In her free time, writing is her passion. Whether it is sharing local events and businesses with readers or sharing her thoughts on life, she finds comfort in the way words can bring people together.
Tagged: BaltimoreEnd of Summer JamEventsMECU PavilionNBA YoungBoyThings To Do