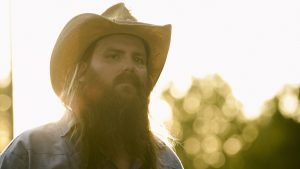 Stapleton’s music influences range from outlaw country and bluegrass to rock and roll and blues. Before going solo, Stapleton led the progressive bluegrass band The SteelDrivers and the rock and roll band The Jompson Brothers. His first solo album Traveller is an old-school country, Southern rock and bluegrass record, and his second From A Room: Volume 1 focuses on country, blues and roots rock. He played the acoustic guitar and electric guitar for both albums.

Ticket prices vary and can be purchased online at https://www1.ticketmaster.com/chris-stapleton-baltimore-maryland-11-04-2018/event/15005441DADE48B5.

Tess Abney
Tess Abney is a freelance writer who was born and raised in the Quad Cities. She spends most of her time attempting to successfully raise three boys. In her free time, writing is her passion. Whether it is sharing local events and businesses with readers or sharing her thoughts on life, she finds comfort in the way words can bring people together.
Tagged: All-American Road ShowBaltimoreBrent CobbChris StapletonEventsLive MusicMarty StuartRoyal Farms ArenaThings To Do