Laughter will ensue at the Hippodrome this Friday night! 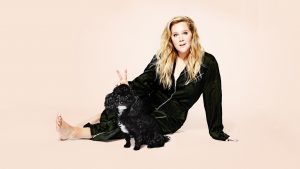 Amy Schumer is a standup comedian, actress, writer, producer and director. Schumer is the creator, star, writer and executive producer of the award winning “Inside Amy Schumer,” the popular Comedy Central television series, which premiered in April 2013 to the network’s highest season premiere ratings of that year.

Ticket prices vary and can be purchased online at https://www1.ticketmaster.com/amy-schumer-baltimore-maryland-11-30-2018/event/1500554BADEF74D7.

Tess Abney
Tess Abney is a freelance writer who was born and raised in the Quad Cities. She spends most of her time attempting to successfully raise three boys. In her free time, writing is her passion. Whether it is sharing local events and businesses with readers or sharing her thoughts on life, she finds comfort in the way words can bring people together.
Tagged: amy schumerBaltimoreComedyEventsFrance-Merrick Performing Arts CenterHippodromeHippodrome TheatreThings To Do